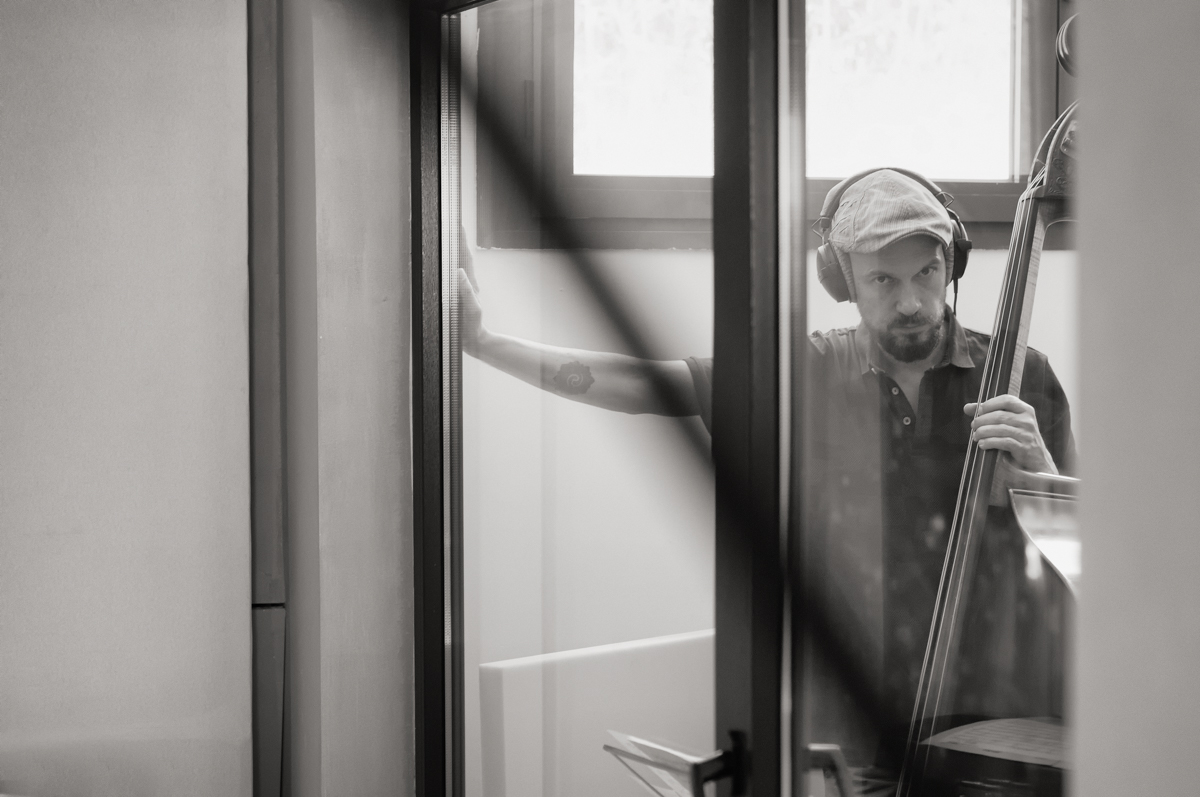 Born & began his musical career in PALMA DE MALLORCA (Balearic Islands), Spain . At the age of 12, he became interested in music and began studying piano at the Conservatory of Mallorca. At 14, he began to play the guitar, until he discovered the bass. He managed to find time to study while he worked professionally with rock groups and orchestras, gaining recognition as one of the best young musicians on the Island . In addition, he took master classes with teachers such as Tito Capblanquet, Perico E.Linale y Deborah Carter, Ruben Andreu, Baltasar Clar, J.R. Abellan ..among others.

Later, when he moved to BARCELONA he stopped playing live, in order to study in the Liceo Conservatory(classic), 'L'Aula de Jazz' and 'Taller de Musics'(Jazz), with the bass player Horacio Fumero for about a year.

After Barcelona, he returned to MALLORCA where he worked with the likes of such well-known musicians as: Joan Bibiloni, Horacio Icasto, Deborah Carter (USA), Americo Belloto (Argentina), Michiel Borstlap (Holland)... in the club 'JazzForum' where he played for two years as a permanent member of the house rhythm section. In 1991 on the advice of Horacio Icasto, he moved to MADRID and began his Madrilenian adventure, where during this period of his life he was only playing jazz with musicians like: Vlady Bas, Pedro Marti, Horacio Icasto y Antonio Molto. 1992 he began to enter the world of Pop music, playing with Pop de Block, Ciudad Jardín, and David Santisteban..

In 1993 he started his own project called Jimmy & family with the singer Jimmy Heino, which had members such as Alfonso Perez, William Gibbs, Cristian Costantini, Miguel Morant, A.L.Samos.. which ended up publishing a CD. While he continued with this group, he was also simultaneously working with artists such as: Sheilah Cuffy ( UK ), Lolita Flores, Princessa( Germany ), Revolver (Basico).. and in many different TV programs throughout all of Spain . Jimmy & Family broke up in 1995.

Five seasons as bassist of the Orchestra of the TV contest "La Voz Kids España" on Tele 5 and currently on Antena 3.

In 2006 he recorded his own jvera project "Concepts" and was released by the German label (Schoots records), an album that fuses and mixes all the styles he knows and likes from Jazz, Latin, Fussion, Pop, Funk and Hip-hop... with luxury collaborators such as Jorge Pardo, Antonio Serrano, Pedro Barcelo, Deerrick Burrows, Jacob Sureda, Vicente Climent, Sheilah Cuffy, Esmeralda Grao, Toni Carmona, etc.